Open Food Facts is a collaborative project built by tens of thousands of volunteers and managed by a non-profit organization with 8 employees.
We need your donations to fund the Open Food Facts 2023 budget and to continue to develop the project. Gràcies! ❤️

Open Food Facts is a collaborative project built by tens of thousands of volunteers and managed by a non-profit organization with 8 employees.
We need your donations to fund the Open Food Facts 2023 budget and to continue to develop the project. Gràcies! ❤️

Compare the nutrition quality of food products with the Nutri-Score!

The Nutri-Score is a logo that shows the nutritional quality of food products with A to E grades. With the NutriScore, products can be easily and quickly compared. 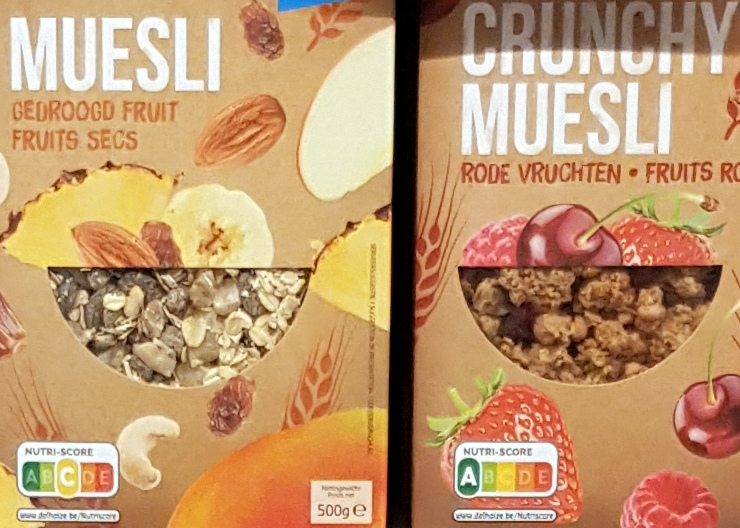 How is Nutri-Score computed?

The Nutri-Score grade is determined by the amount of healthy and unhealthy nutrients:

Positive points: the proportion of fruits, vegetables and nuts, of olive, colza and nut oils, of fibers and proteins (high levels are considered good for health).

How can I see the Nutri-Score of food products?

The Nutri-Score appears on the label of food products only in some countries and for a currently limited number of brands, but it is computed for all products of all countries on Open Food Facts since 2014! 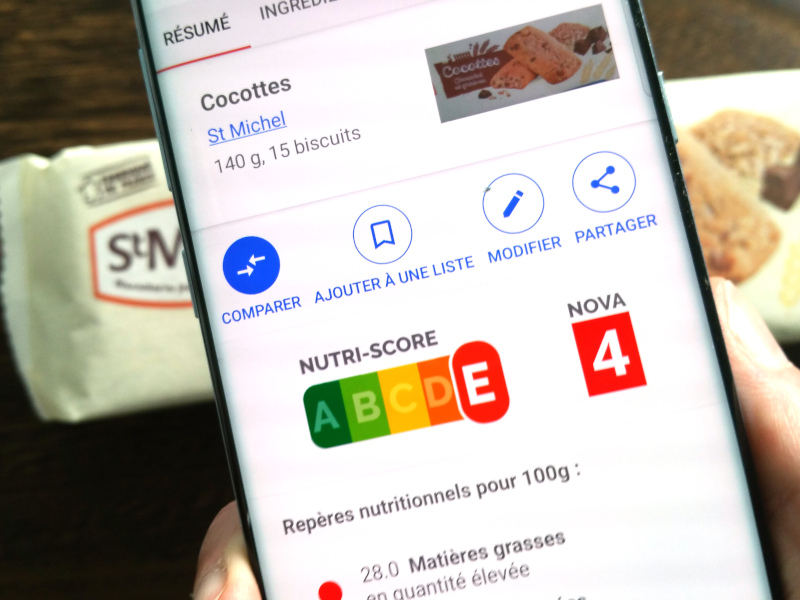 Get the Nutri-Score with the Open Food Facts app!

Who created the Nutri-Score?

Nutri-Score has been proposed by EREN, a French public nutrition research team, led by Professor Serge Hercberg. It is based on the FSA nutritional score created by the Food Standards Agency in the UK.

The Nutri-Score is presented in the 2013 report "Proposals for a new impetus to the French public health nutrition policy in the framework of the National Health Strategy" (pdf). Professor Serge Hercberg advocates for the adoption of a system of grades from A to E on the front of food products to allow to easily compare the nutritional quality of products.

Which countries have adopted the Nutri-Score ?

The Nutri-Score has been adopted in France in 2016, and in Belgium and Spain in 2018. Some producers in Germany are also using the Nutri-Score. The Nutri-Score is optional in these countries, but a growing number of food manufacturers are displaying it on their products:

Research teams in other countries, like Mexico, are also conducting research based on Nutri-Score.

The #PRONUTRISCORE Petition: Consumers across the EU are joining forces for 1 million signatures

We are asking the European Commission to impose simplified ‘Nutriscore’ labelling on food products, to guarantee that consumers are provided with quality nutritional information and to protect their health.

We would like to thank Professor Serge Hercberg and Dr. Chantal Julia from the Research Team in Nutritional Epidemiology (EREN) of the Paris 13 University / Avicenne Hospital for their help and the data they have communicated us to compute the nutritional score and the Nutri-Score grades.